A live story from Dreamland 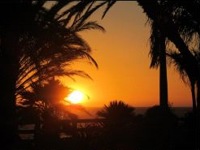 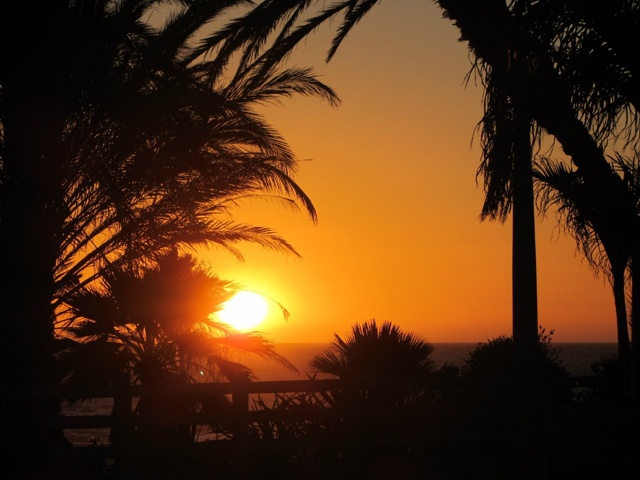 A lot of women ask me why I don’t have any trainings scheduled until February next year. I’ll tell you why!


That’s where they filmed "Pulp Fiction" and "Forrest Gump". That’s the place where celebrities used to live, live or come round, including Marilyn Monroe, Clark Gable, Sylvester Stallone, and Jamie Lee Curtis. It takes a 15 minute-ride to get to Hollywood, Beverly Hills, or Malibu.


To put it short, it’s one of these heavenly locations where you want to stay forever, and it’s my second time here, on the Pacific shore.


Relishing the local atmosphere and hospitality, I’m taking a training course in one of the leading psychological centers in the world – Dr. Arthur Janov’s Primal Center for Treatment. Follow the link to download Arthur Janov’s book "Primal scream"
http://psy-dv.org/load/janov_artur_pervichnyj_krik/47-1-0-610
(in Russian)


That’s where Barbara Streisand, John Lennon and other celebrities went for treatment. It was after this therapy that John Lennon wrote his most honest album "John Lennon/Plastic Ono Band" and his famous song "Imagine".


How do I benefit from that therapy?


It allows me to break out of recurring life patterns that were unresolved in my childhood and are in search of completion again and again in the present.


When they disappear along with experiencing the feeling that lies at their core, I find myself here and now, stop being a "robot" and feel the pulsation of life in the present moment.


How is this therapy different from others?


In this therapy we don’t escape feelings, we don’t hide them or force new behavioral models upon ourselves (that term is borrowed from cognitive psychology); instead, we deliberately go into the long- forgotten primal feeling, inside the hurt, although the situation that caused it seems quite natural and normal to us now.


For example, it’s normal for parents to leave their children alone for some time, but for a child it’s a feeling of intense pain, and to survive, he/she dissociates from it.


Unlike in meditation, in this therapy we don’t observe the feeling. We dive deep into that feeling, we become that feeling, experience it, until it no more controls us.


It’s different from other therapies, where a therapist tells you what caused your problem and what you need to do now. I’m like a therapist myself, and having experienced this feeling, I see the whole picture clearly, how the suppressed feeling influenced my life and what I can change in my life now, when I’m through with it. 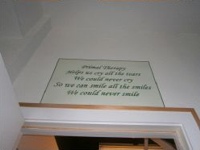 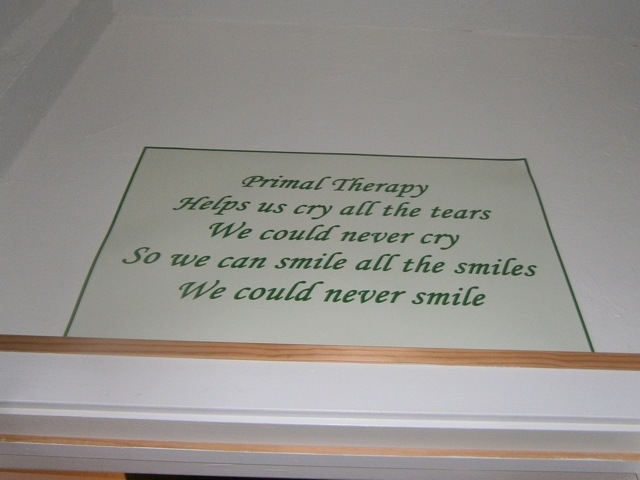 Primal therapy helps us cry all the tears


We could never cry


So we can smile all the smiles


We could never smile.


And that brings far greater awareness than just hearing these words from somebody else.


One of the most astonishing discoveries for me is that approaching the feeling is hard, and suffering is caused by the fear to experience it, but when I get into it, as if I jump into water – it brings immense enjoyment!


Believe me that even when you go through pain and anger you can get physical pleasure – you’re real at that moment, alive, and vibrating.


And the major revelation for me today after therapy is a new understanding of love. That’s how I would answer the question "What is love?" now...


Love is an amazing sensation of physical pleasure in the chest that goes down your arms to your hands in a hot stream and wants to break away. It fills the stomach, the legs, but mostly it’s in the chest. As if I sense love with all my skin.


It fills the mouth and flows through the eyes. And gazing into your lover’s eyes becomes a subtle, ethereal bliss. And I don’t want anything back from my lover. Just to let me love him.


I’ve got so much of this bliss that it’s enough for the whole city. And I feel a strong desire to share it. It hurts when it can’t be expressed. Love wants to be expressed, poured out... And it feels right...


Although, strange as it may seem, most modern songs are written about that neurotic, dependent love. 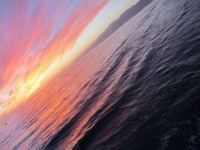 And I’m infinitely happy that I’ve left that behind!!!


I wish you similar discoveries!!!